@GGGI_Rwanda in collaboration with Aviation Travel & Logistics (ATL) convened a virtual meeting to validate the final report on the greening and certification of the new international airport in Bugesera, Rwanda.

The airline's huge investment in the construction of the future Kigali airport, the largest ever made by #Qatar in Africa, is turning heads in Istanbul. Qatar Airways has launched a call for tenders for which it should announce the winner within a few weeks.

Qatar Airways spinoff Hamad International Airport (HIA) is currently prepared to spend no less than $2 billion on Kigali’s future airport complex, which will include hotels and logistical spaces.

The contract submission period ended in late 2021, and HIA plans to reveal its chosen bidder in the next weeks.

At least five consortia are still in the race, according to our sources. Four of them have formed alliances with well-connected Qatari businesses. UCC, a construction corporation led by the prominent Syrian-born Qatari business couple Ramez Al Khayyat and Moutaz Al Khayyat, is one of them.

This couple also owns Baladna, a publicly listed business that has been providing milk to Qatar since the 2017 ban, as well as Elegancia, a services, catering, and security firm. UCC is competing with Al Jaber Group, which is led by tycoon Mohammed Sultan Al Jaber, and CDC, which is led by Lebanese-born Qatari KhalilBoutros Al Sholy. For the project, CDC has partnered with Alfardan Group, for which it has erected towers and a number of St. Regis and Kempinski hotels in Qatar.

Midmac, the son of the Qatari emir’s uncle and former prime minister, Sheikh Hamad bin Abdulla bin Khalifa Al Thani, is the head of the fourth Qatari-connected group vying for the development of the Kigali airport.

Three of the five remaining consortia have partnered with Turkish construction businesses. If Al Jaber is chosen as the successful bidder, he will collaborate with Ictas, a subsidiary of the Turkish conglomerate IC Holding, which is involved in building, energy, port and air infrastructure, tourism, and industrial projects.

After establishing a presence in Morocco and Lebanon, this company wants to expand into East Africa (AI, 18/06/20). It established a Qatari division in 2005, which just completed the Al Thumama Stadium for the 2022 FIFA World Cup in December.

The Portuguese business Mota-Engil, which had won the first phase of the Kigali airport until it was taken over by Qataris in 2019, has chosen UCC over a Turkish partner for the bidding. Similarly, Vinci’s Qatari subsidiary, QDVC, is not relying on Turkish construction and has made an offer to CDC.


The winning consortium for Rwanda will be decided by two senior Qatari officials. Qatar Airways chairman and founder Akbar Al Baker has the last word, but his deputy, HIA chief of operations Badr Al Meer, will also be important. 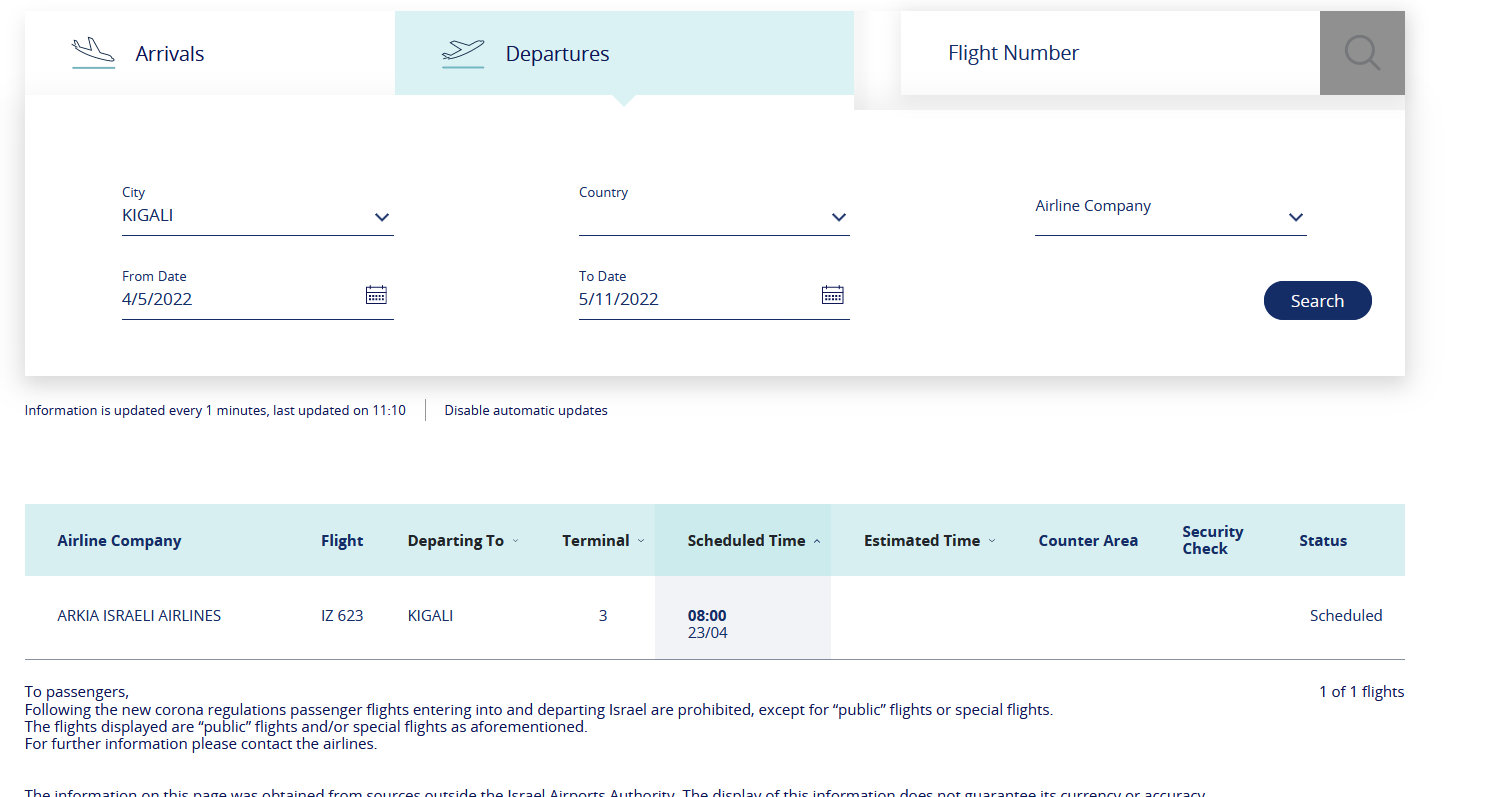 Air France 75 years of service to Africa: In 1982, Air France operated the Paris-Nairobi-Kigali-Bujumbura route every Monday by Boeing 747, as Bujumbura airport was now accessible to wide-bodied aircraft: https://www.travelio.net/air-france-75- ... frica.html 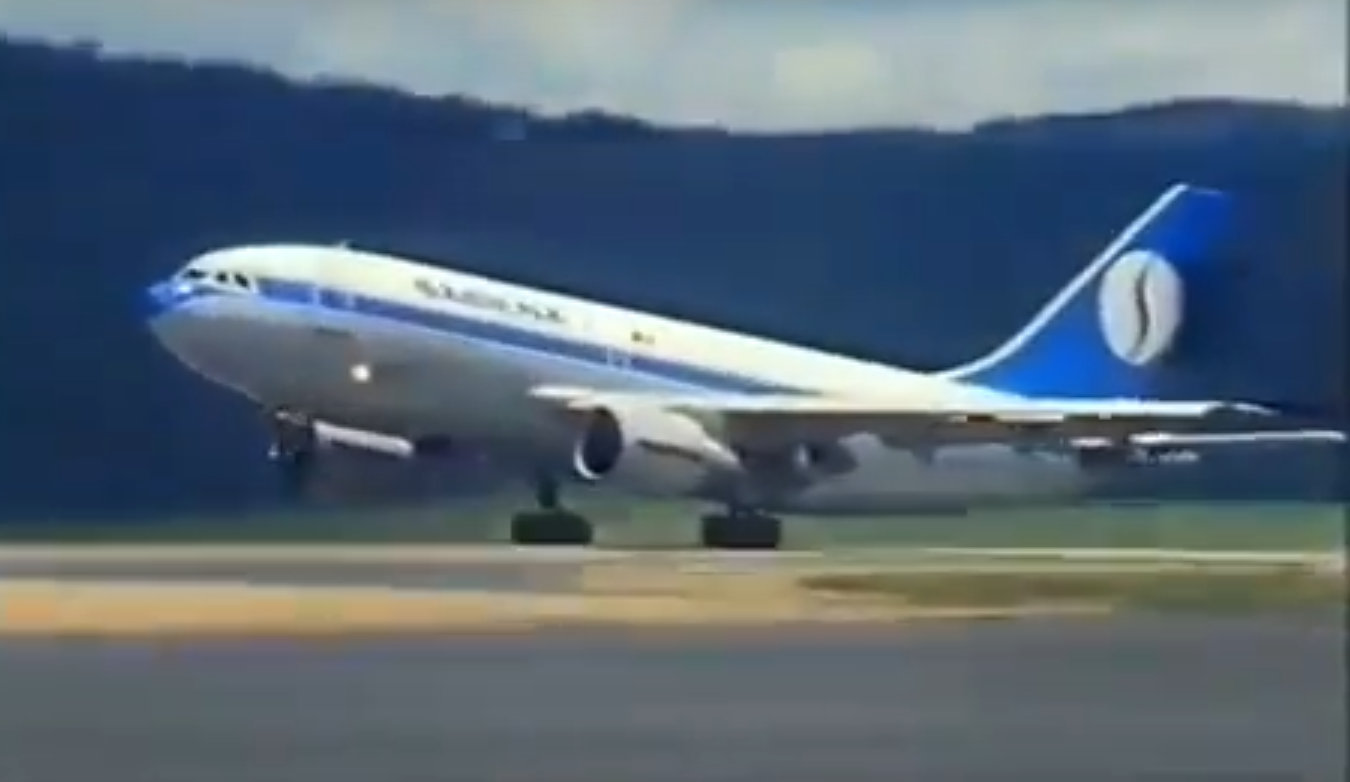 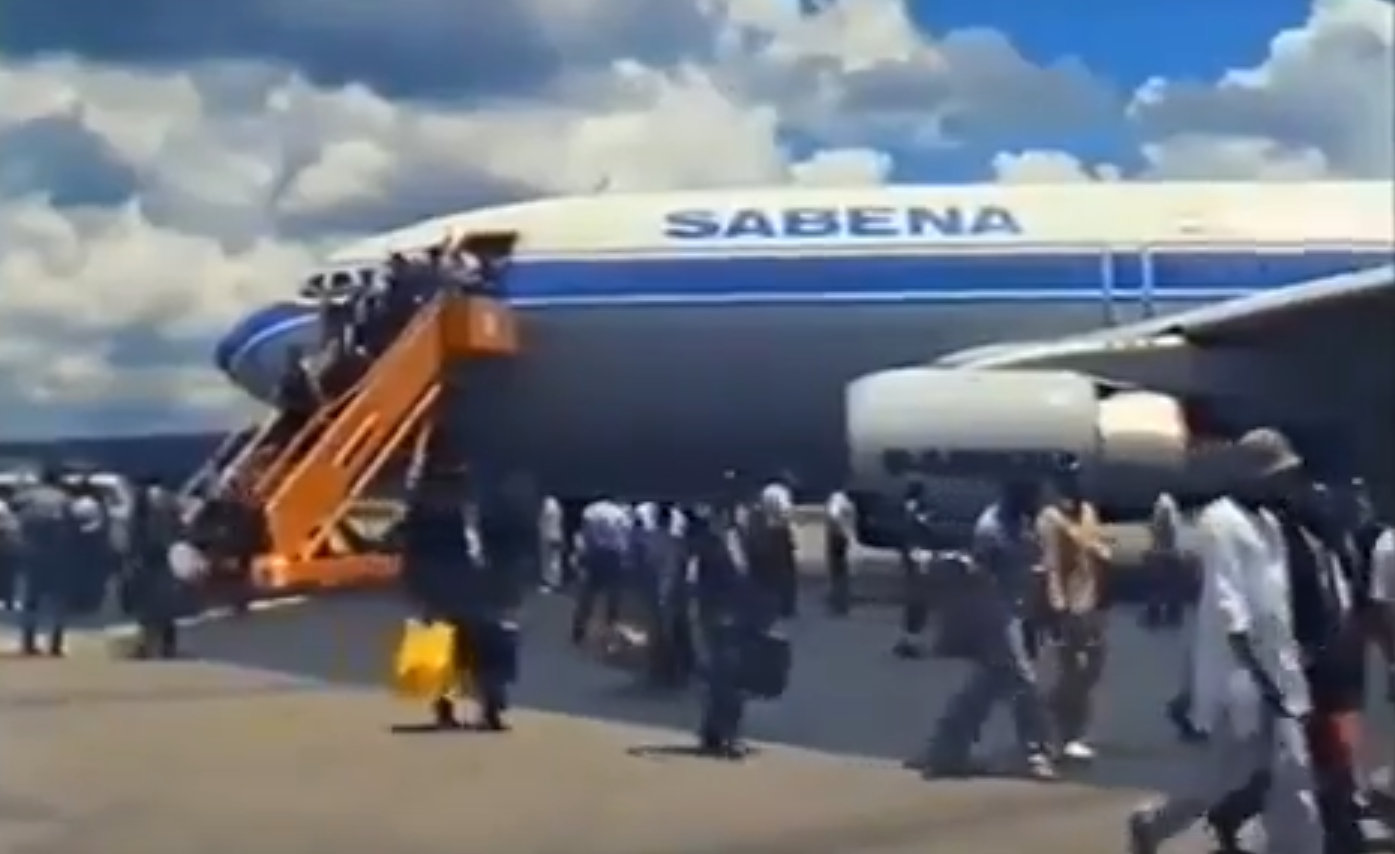 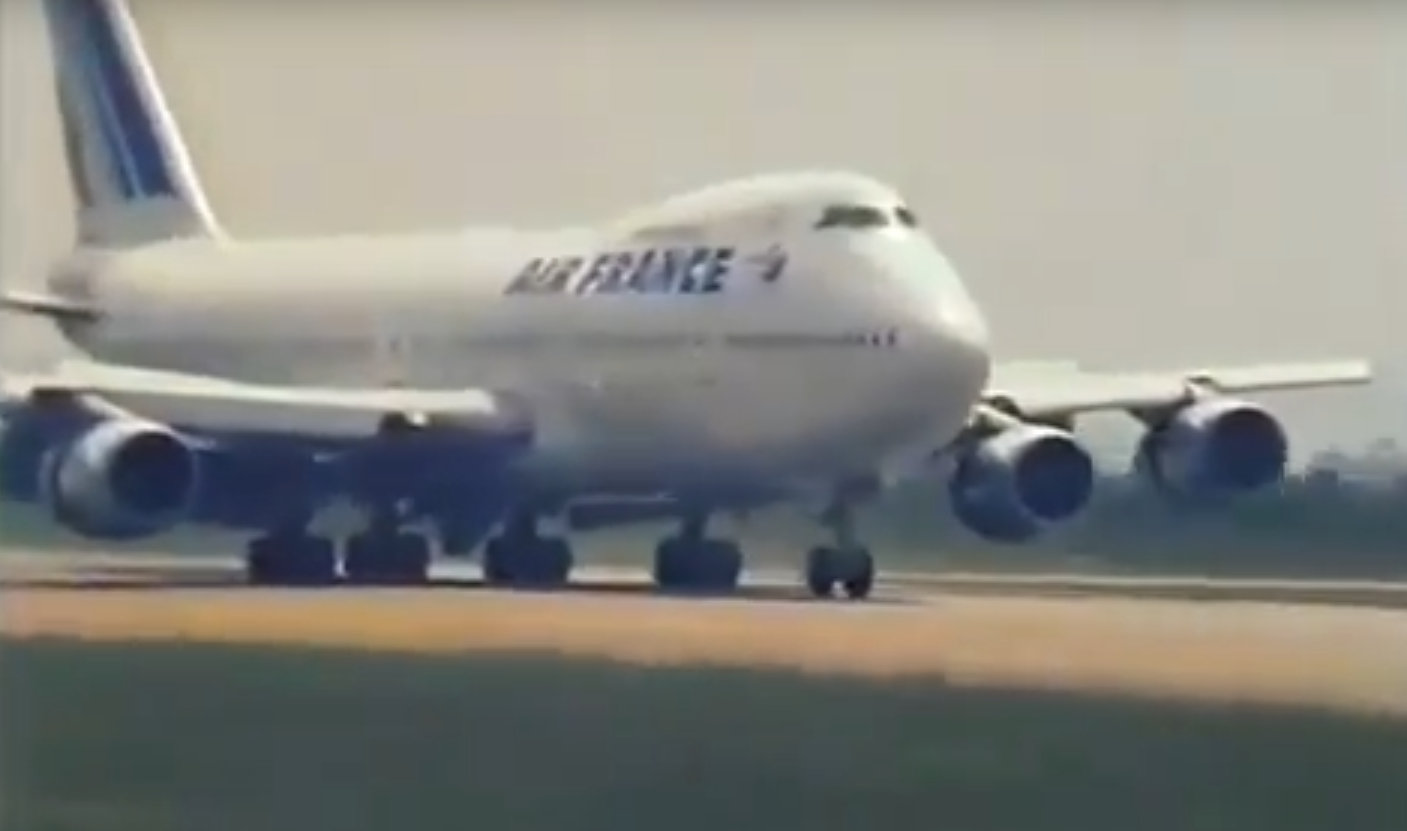 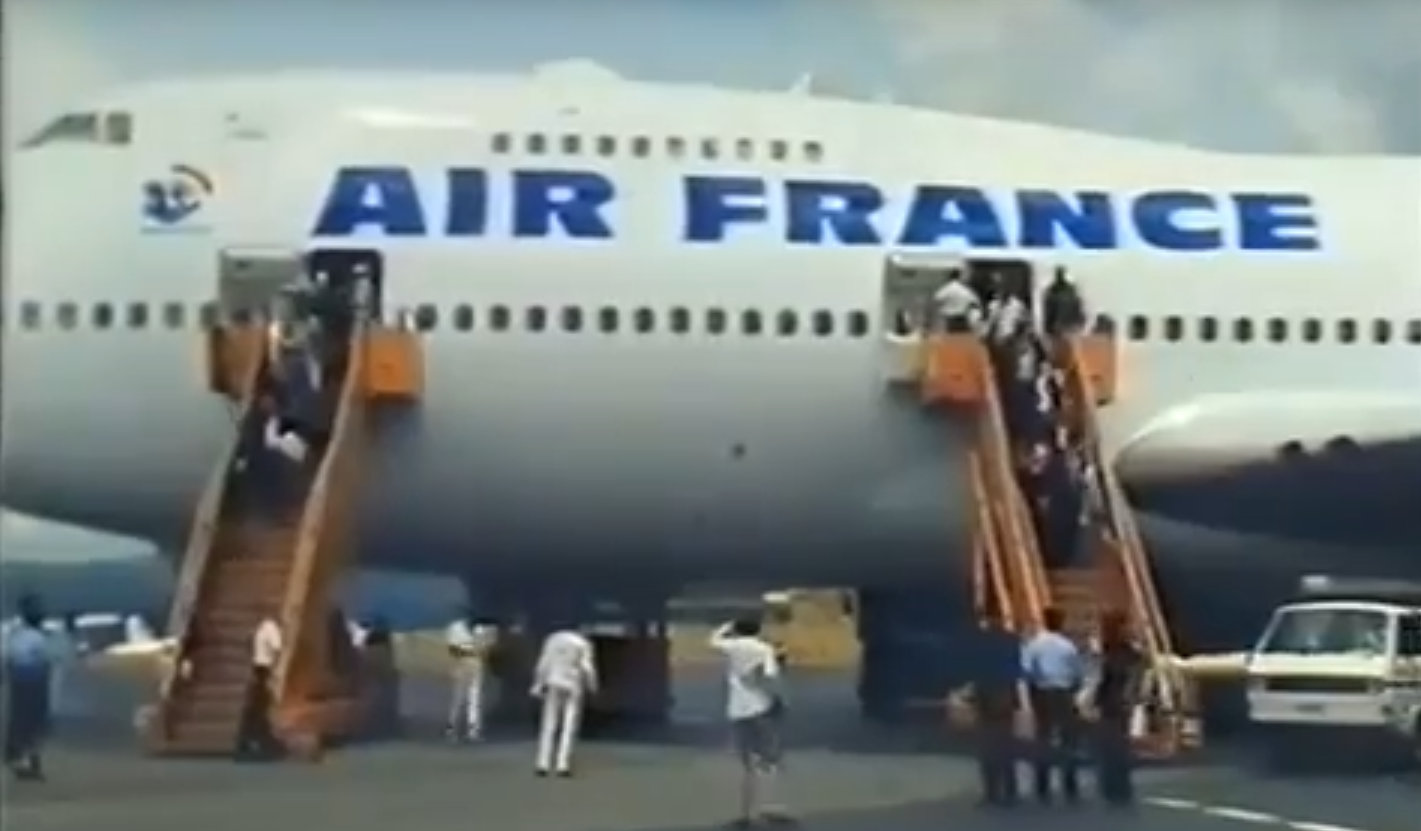 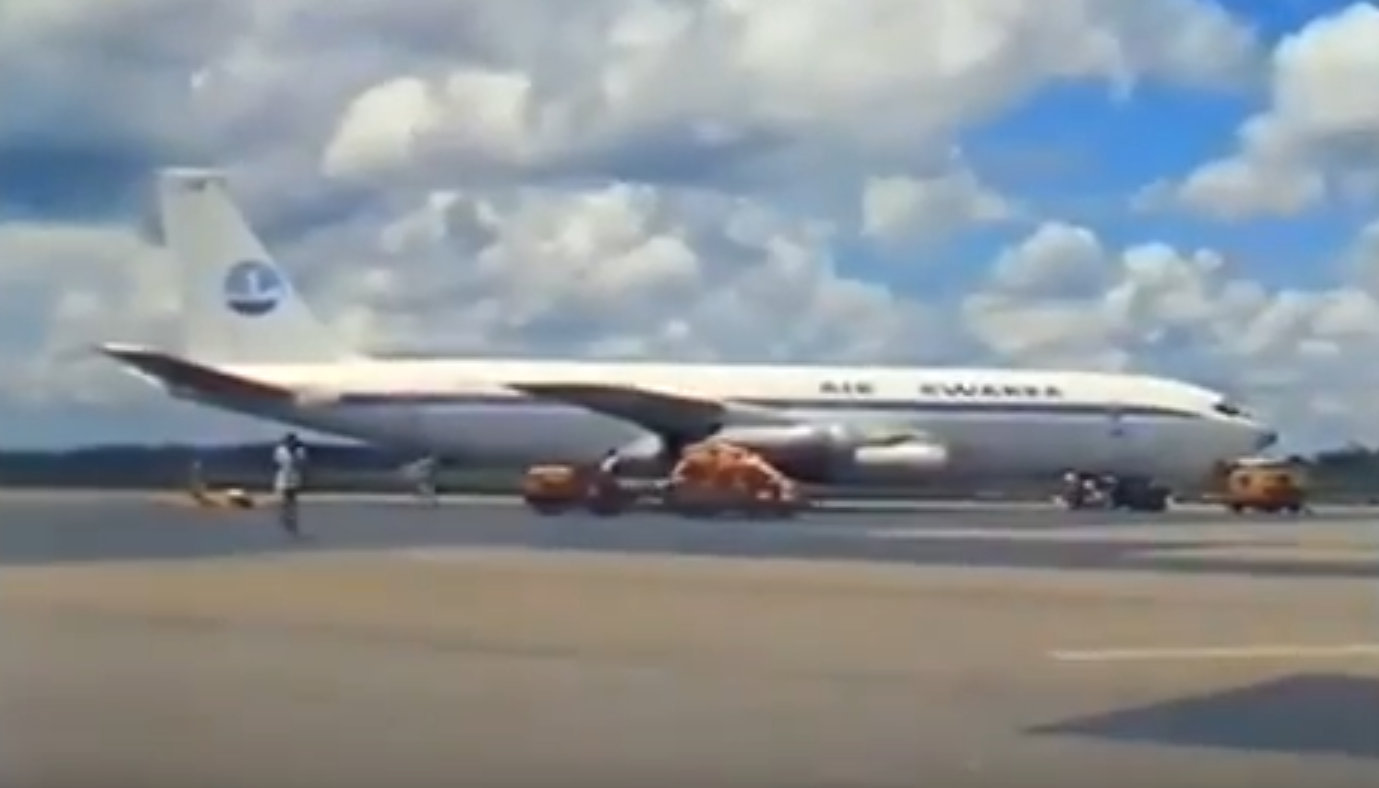 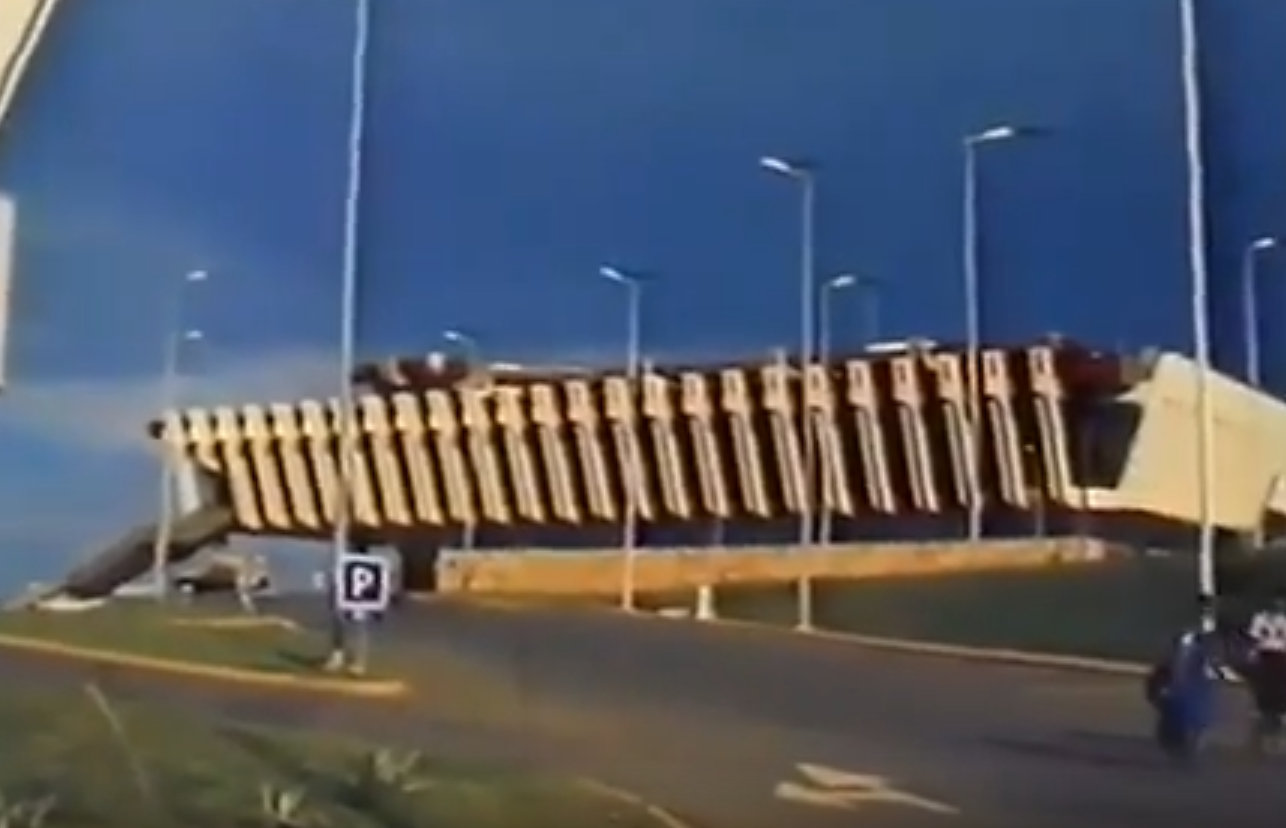 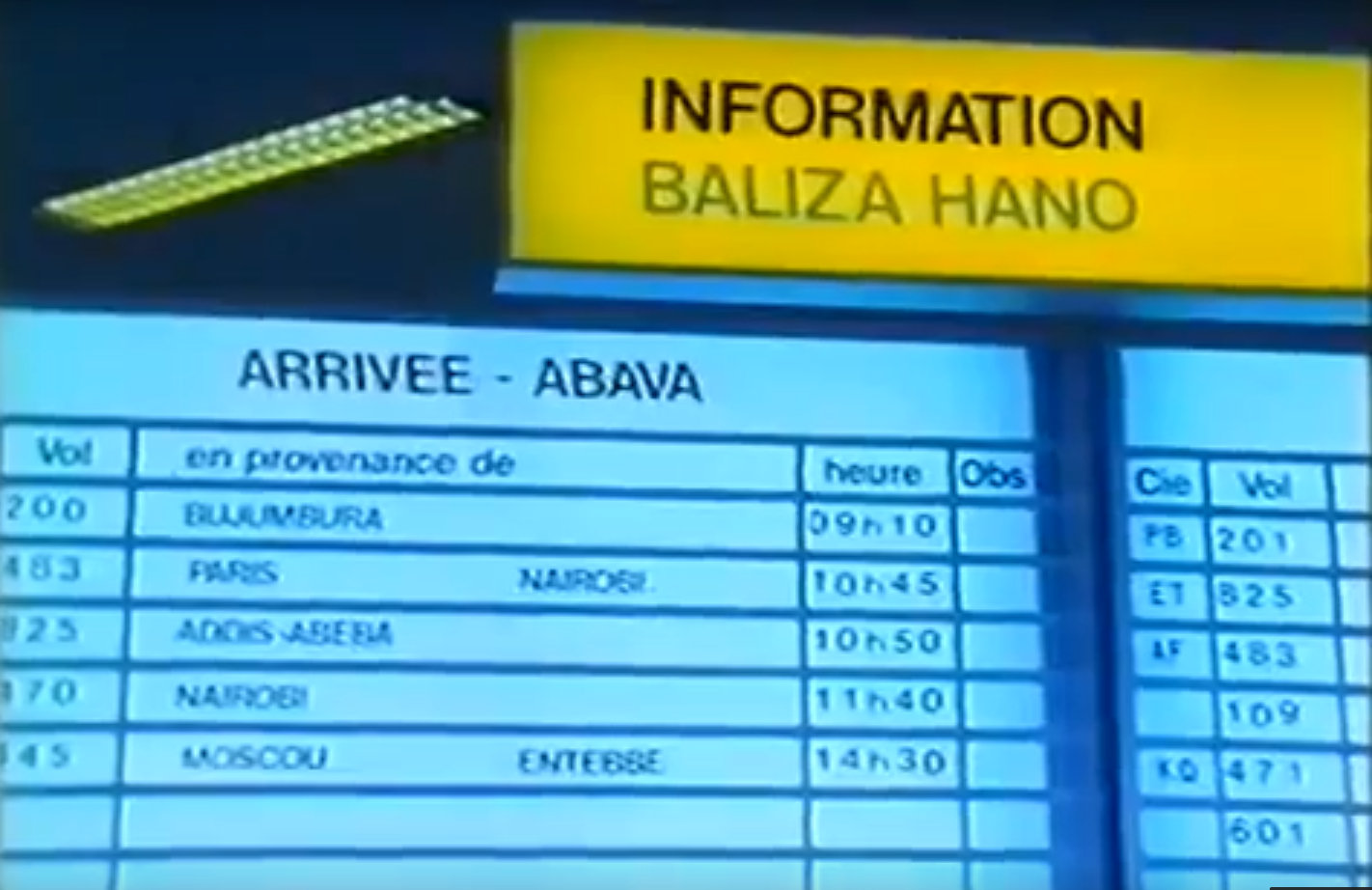 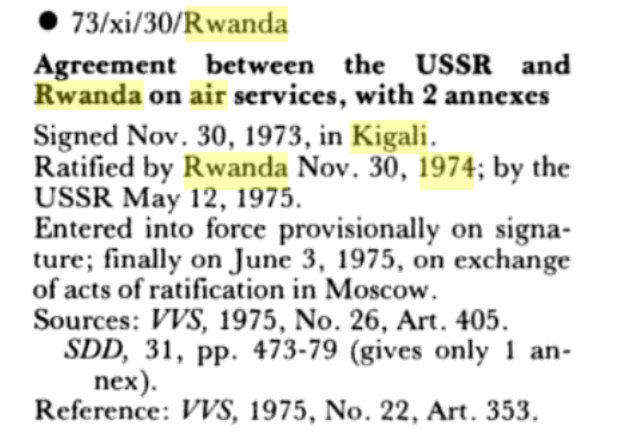 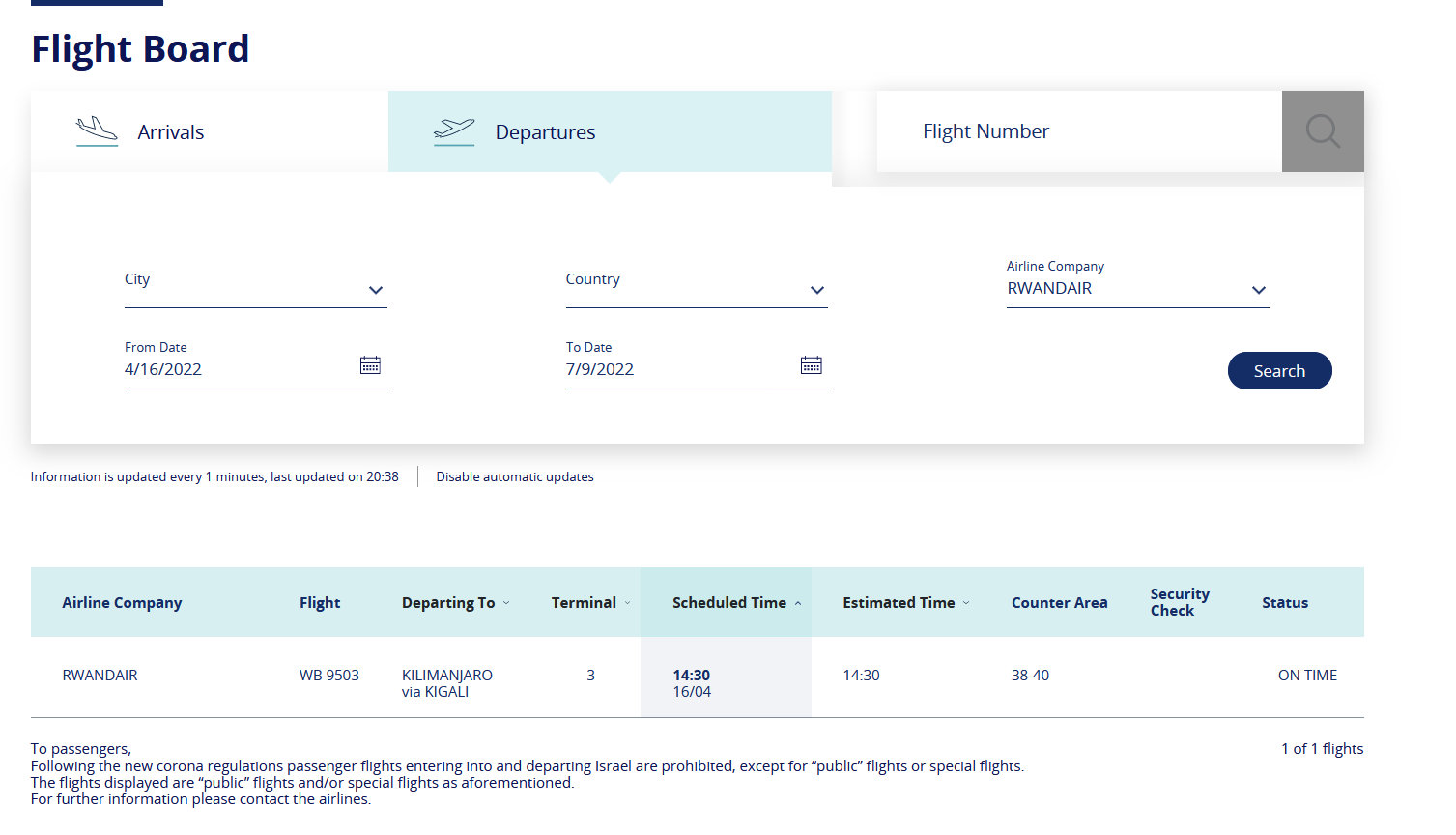 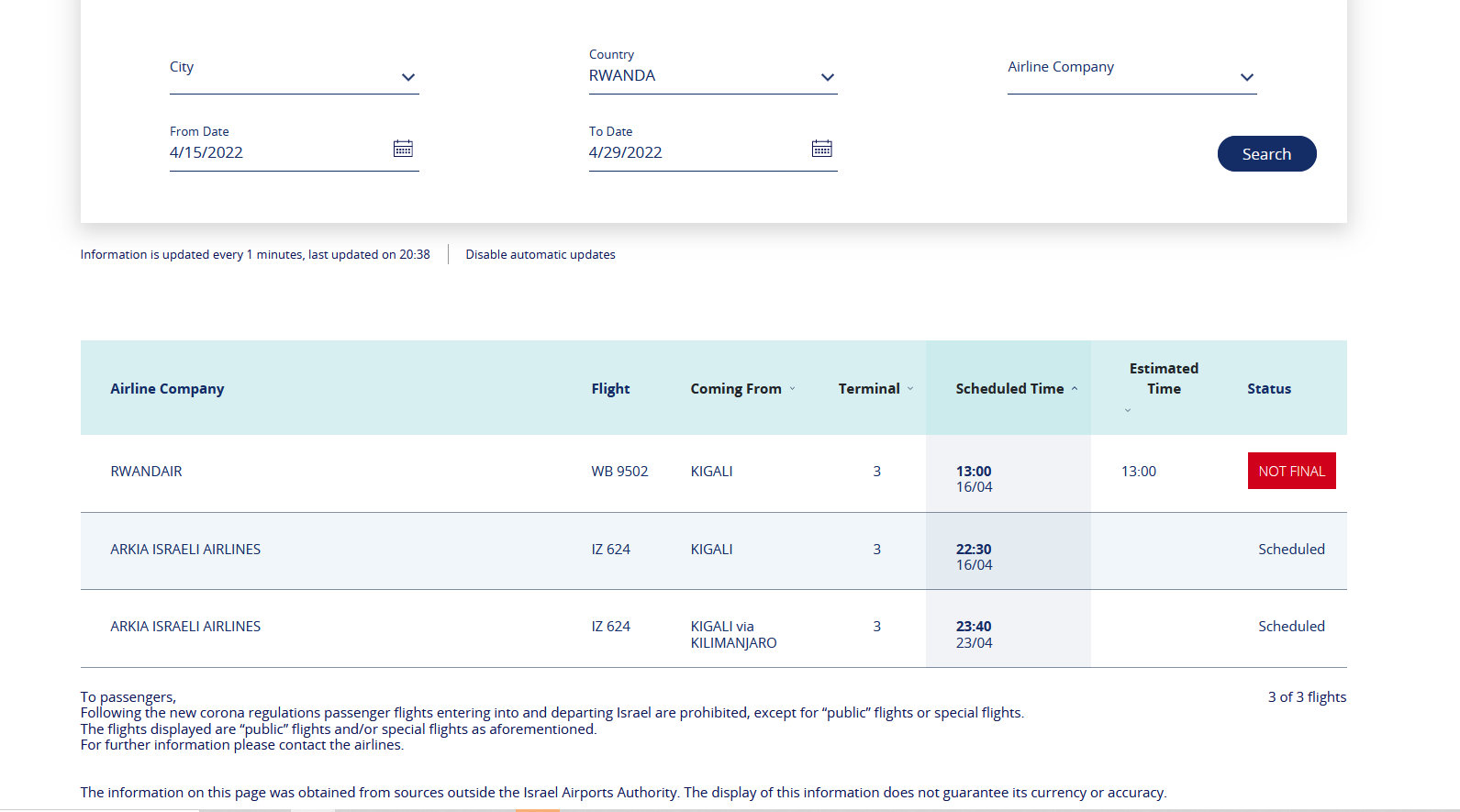 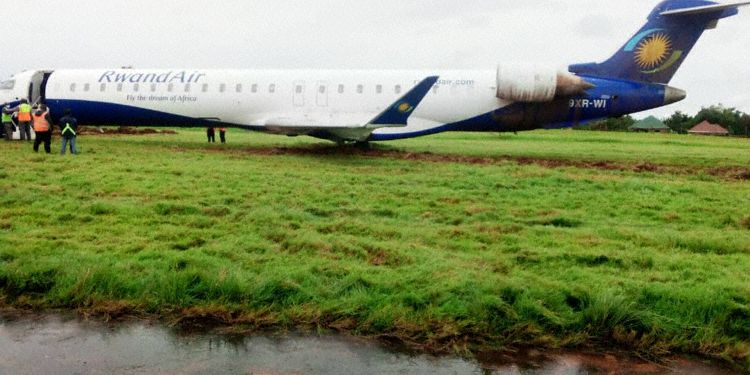 Earlier today, The Minister of State @Ngabitsinze visited Kigali International Airport in a bid to inspect cold rooms for fresh produce export to ensure improved and adequate services. He was received by the Chief Executive Officer of @FlyRwandAir @FlyRwandAir @YvonneMakolo. #AgriUpdatesRw

Kenya Airways has extended its codeshare agreement with Saudia. The agreement will allow the SkyTeam alliance partners to offer additional services from their hubs in Nairobi (NBO) and Jeddah (JED). From Nairobi, codeshares will be available to Mombasa, Entebbe, Dar es Salaam and Kigali. From Jeddah, the agreement covers routes to Riyadh, Bahrain, Karachi and Kuwait. “The extension of the codeshare with Saudia will provide our customers with more choice and flexibility for travel this summer, especially for those travelling for the upcoming Hajj pilgrimage,” Kenya Airways chief commercial and customer officer Julius Thairu said. “The agreement is an opportunity for both airlines to work together to improve flight options and connectivity.”

RwandAir is today celebrating five successful years of flying between London and Kigali.

The Rwandan flag carrier first launched flights from London Gatwick on 26 May 2017, before the airline switched flights to the UK’s busiest airport – London Heathrow – in 2020, to boost connections for those travelling from further afield.

Simon Rickman, RwandAir UK Country Manager, said: “This is a moment for celebration at RwandAir as we mark our fifth anniversary of flying to London.

“The UK is a very important market for us, with flights helping to reunite friends, deepen business ties and tourism links between the UK and Rwanda.

“We thank everyone who has chosen to travel with us over the last five years and all colleagues within the airline who have played their part to make this route such a success for us.”

Currently, RwandAir’s flights to London operate three times per week from London Heathrow’s Terminal 3, with a short stop in Brussels.

Next month, the flag carrier will be adding extra flights to London, ahead of the Commonwealth Heads of Government Meeting (CHOGM) to be held in Rwanda for the first time.

The increased schedule will run between 11 June and 3 July and will offer customers select non-stop flights direct to Kigali with a 10% discount on all flights booked with the CHOGM10 promo code.

The first cohort of commercial pilots graduated from Akagera Aviation Academy (AAA), on Thursday, May 26.

The pilots graduated after a two-year academic journey in a class that had two female pilots and 15 men.

Turkish, Qatari, Greek and Portuguese companies flocked to Doha to bid for the Kigali airport contract, but the shortlisted candidates, faced with new last-minute conditions, are nowhere near the end of the race. https://www.africaintelligence.com/east ... 785793-eve

We have partnered up with RwandAir to help you connect better. Flyers can now enjoy Vistara’s extensive network of domestic and international destinations including but not limited to New Delhi, Srinagar, Amritsar, Chandigarh, Lucknow, Bengaluru, Guwahati, Bagdogra, Kolkata, Udaipur, Hyderabad, Bhubaneswar, and Goa via Mumbai.

Alternatively, the services of RwandAir connect flyers from different Vistara cities to Kigali, via Mumbai.

Our CEO Yvonne Makolo is set to become the first woman to serve as IATA’s chair of the board of governors from June 2023 after being named chair-elect at IATA's 78th Annual General Meeting in Doha. https://twitter.com/FlyRwandAir/status/ ... 7791972352

RwandAir
@FlyRwandAir
·
4h
Today, we had the pleasure to host the Rt. Hon @BorisJohnson, the Prime Minister of the United Kingdom, and his delegation with the @HeathrowAirport
CEO Mr. John Holland-Kaye at our #CBF2022 lounge. https://twitter.com/FlyRwandAir/status/ ... 3207357440

Rwanda and Austria have signed an agreement that will see both countries opening skies for each other’s commercial airlines, also commonly known as Bilateral Air Service agreements in aviation terms.

The much awaited flight will help save time, get more fresh produce to the French market and, most probably, create more jobs, exporters told Doing Business. Currently, the national carrier operates in more than 28 countries in Africa, Europe, North America and Asia.

Yvonne Makolo, Chief Executive Officer of RwandAir, told Doing Business that their first commercial flight from Kigali to Paris is likely to start by the end of this year.

According to Theoneste Ntagengerwa, Spokesperson of the Private Sector Federation (PSF), once it happens, it will be a significant advantage to the local business community, especially those in the horticulture industry, which needs such means to deliver their perishable produce to France in a timely manner.

“Most of our exports are from the horticulture sector and in most cases perishable goods. Now, this [new route] will ease things. The people exporting to France should explore it,” Ntagengerwa said.

“There are a lot of business opportunities to tap into for both business people in Rwanda and France.”

The new destination will also help business people from both countries to enhance their networking, he noted.

Member states of the Organisation internationale de la Francophonie, or La Francophonie, countries and regions where French is the first or customary language, account for 20 per cent of global trade. During the La Francophonie Economic and Trade Mission in Kigali, on July 12, Louise Mushikiwabo, Secretary-General of La Francophonie, urged Rwandan businesses to exploit opportunities within the French-speaking community.

That week, more than 100 companies from 25 French-speaking countries were in Kigali to meet about 250 Rwandan counterparts for prospective business partnerships.

Besides, business and trade ties between Rwanda and France are also on a steady mend after, in 2021, the two countries turned a page following nearly three decades of animosity. In May 2021, on the first day of French President Emmanuel Macron’s visit to Kigali, the two countries signed two bilateral agreements, including a framework for bilateral cooperation, and another on sports and talent development.

It means a lot to the horticulture sector

Robert Rukundo, chairperson of the Horticulture Exporters Association of Rwanda (HEAR), said: “We have been waiting for this [direct flight to Paris]. It means a lot to the horticulture sector and business, in general.”

As noted, when transporting Rwandan cargo to France, the flag carrier of Ethiopia has to first land in Addis and the trip takes more than 17 hours.

Sakina Usengimana, founder of Afri-foods Ltd, exporters of premium fresh vegetables and fruits from Rwanda, said some of the challenges they face include connecting through the Ethiopian capital, Addis Ababa, or Brussels, in Belgium.

“We are also expecting a competitive rate from RwandaAir as it will be a different flight and it will cut unnecessary charges and cost from our side and client side,” She said.

“We usually export fruits, especially avocados and other vegetables, and the flight usually takes 24 hours since it is transiting and not a direct flight. But with RwandAir flying straight to Paris, we expect it to take 12 hours or less.”

Rukundo said the prices of airline charges earlier increased from Rwf1.8 million to Rwf2.2 million, the latest being Rwf2.5 million because of the rise in fuel costs and taxes. As noted, the cost is $2.67 per kilo in terms of gross weight.

“Our markets are going to open up because we are getting a direct flight to France; saving time and getting to the market with good quality products. This means flying more products and increasing production which means an increase in employment opportunities,” Rukundo said.

Ngenzi said: “Air connectivity and affordability has been a major challenge throughout the region.

Muscat, June 12 - Oman Air will focus on making Muscat a transit hub by launching flights that will link the African and Asian continents

"Abdulaziz al Raisi, CEO, Oman Air, said: “The launch of flights to Casablanca in Morocco from July 1 is part of these restructuring initiatives. Currently, there are four weekly flights to Guangzhou in China and we are looking at other cities such as Beijing and Shanghai.”
On the African side, the airline will be targeting countries like South Africa and Rwanda in the next few years. https://www.omanobserver.om/article/546 ... cat-as-hub 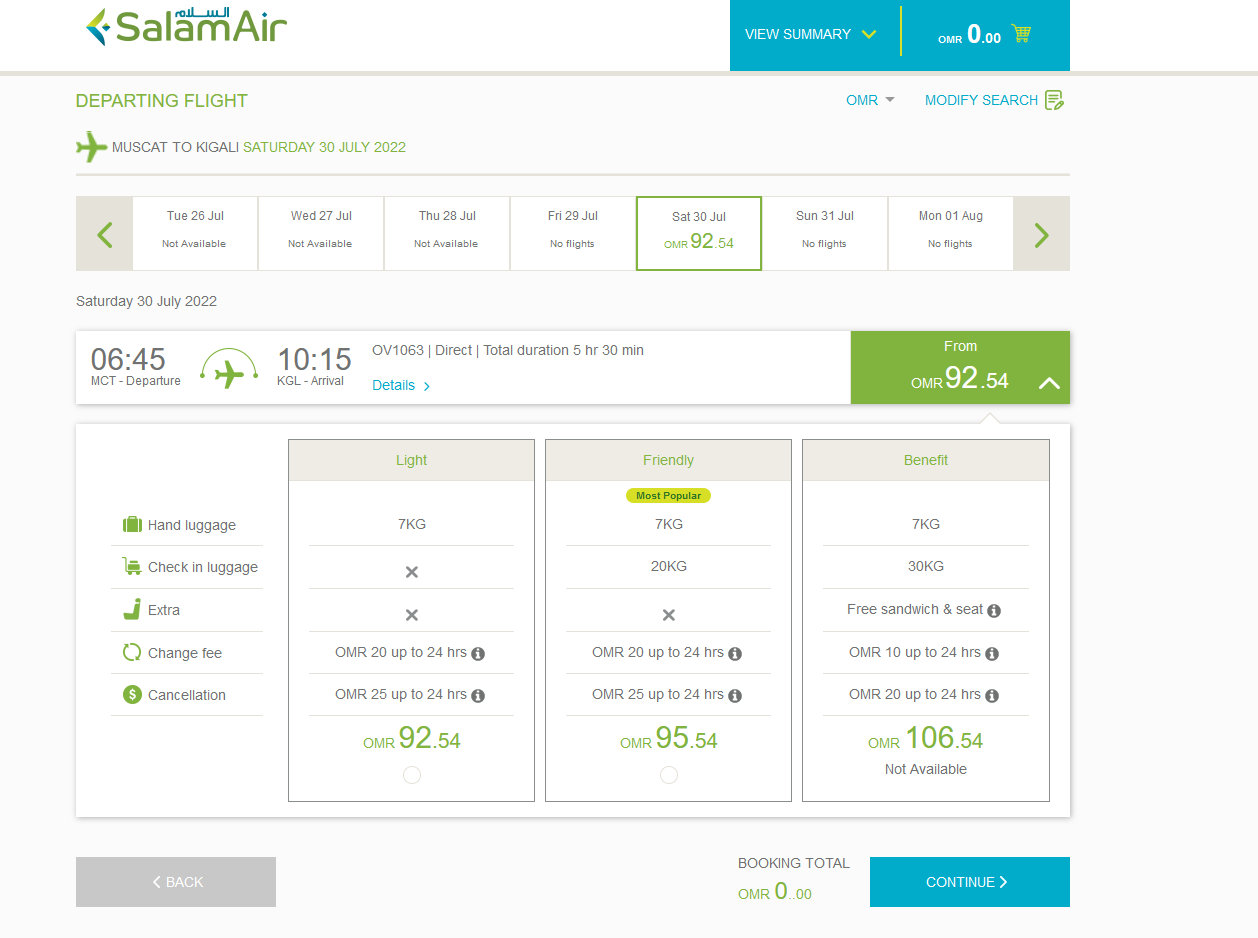