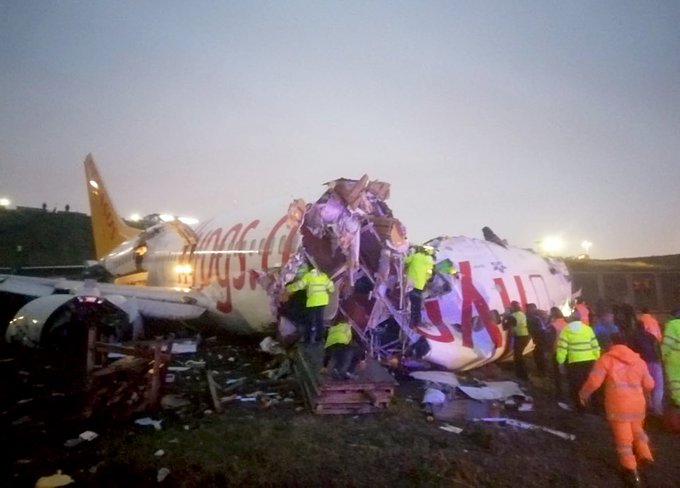 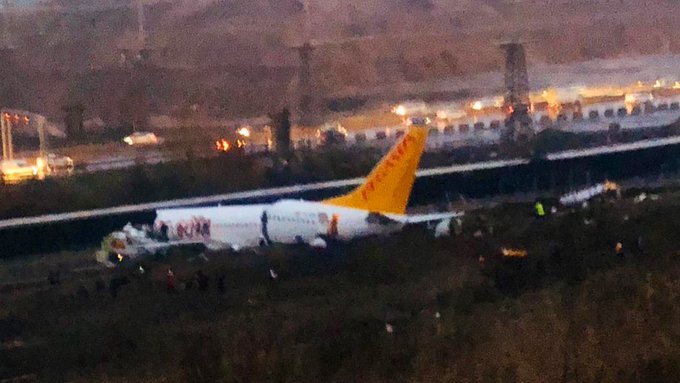 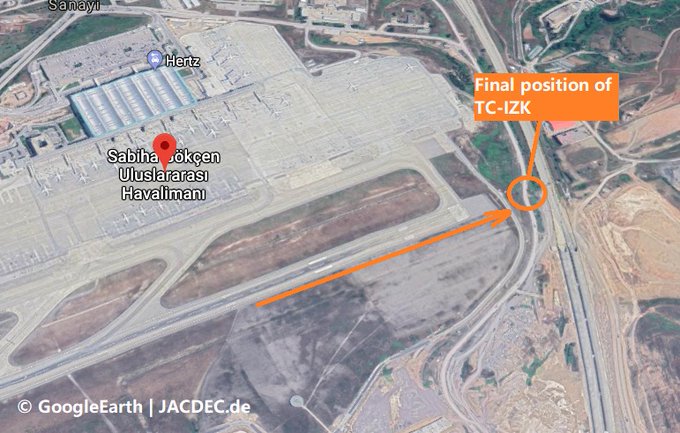 "A passenger plane on Wednesday skidded off the runway at an Istanbul airport, breaking into two.

The Pegasus Airlines plane was arriving from Turkey's Aegean province of Izmir at Sabiha Gokcen International Airport when it skidded off the runway during landing, according to Turkey’s Transportation and Infrastructure Minister Cahit Turhan.

Television footage showed the plane separated from its fuselage after it burst into flames following the crash. Several firefighters and paramedics were dispatched to the area.

Prosecutors in capital Ankara launched an investigation into the incident. The airport has been temporarily closed to air traffic."
Haut